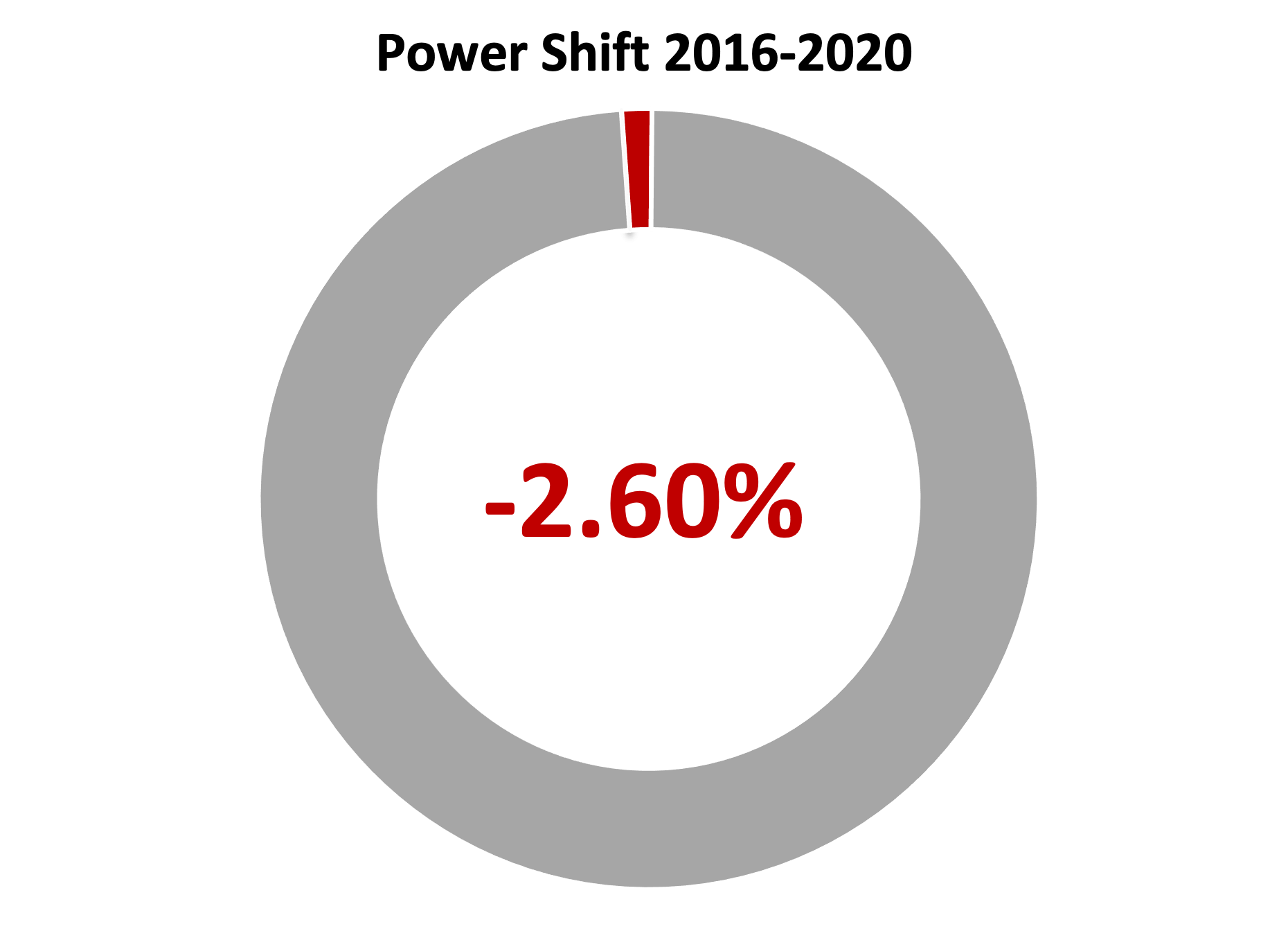 The United States of America remains the most powerful country of the G19 in 2020. Although it has continued losing international power, its downward curve flattened further with a Power Score falling slightly from 17.65 to 17.19 between 2016 and 2020. This represents a smaller loss of power compared to the 2011/2015- phase with a Power Shift Rate of -1,31. However, in 2020 the US ranked at the bottom of the G19 with a Power Shift Rate of -0.46. Furthermore, the gap between China and the US is narrowing slowly but steadily. According to the accumulated Power Score, China will have overtaken the US by 2035.

With respect to the indicator of Chokepoints, the US was able to consolidate its leading position since it holds most of the chokepoints – 23 – while China only holds 10. On the contrary, China holds by far the highest amount of reserves with a Country Share of 22%, while the US, with a Country Share of 4%, is only coming third. Nevertheless, the US has significantly increased its total Reserves, leading to a substantial increase in share in this sector. Moreover, a direct comparison between the competitor China and the US indicates that China was able to significantly improve its exports throughout the 2016-2017 period with an increase of Country Share from 10.5% to 12.2%, whereas the US had to record a decrease from 10.7% to 9.5%. While in 2016, China and the US were the leaders in terms of GDP (PPP), almost exactly tied at the top and far ahead of the chasing pack, they were still out of reach in 2020; however, China has drawn ahead significantly by increasing its GDP Country Share from 16,2% to 18,3%, while the US has recorded minor losses from 16,2% to 15.8%.

With regard to the indicator UNESCO World Heritage, the US gained one new site – the 20th-Century Architecture of Frank Lloyd Wright – in 2019. Considering the indicator of Top Companies, the US had to record the biggest loss with the number of companies declining from 134 to 121. Looking at the indicator Top Universities, the English-speaking countries are among the biggest losers. To say, the US, Canada as well as the United Kingdom each lost two top-universities in the global ranking. In terms of its military spending, the US still clearly dominates the rest of the world with a Country Share of 40% (second is China with 12%).

To wrap it up, the domains of Chokepoints, Reserves and Military Spending can be pointed out as the main pillars of the US’ global Power Share. Thus, the country still especially excels in the field of structural and hard power. Losses can be registered with regard to the sectors of Exports, GDP (PPP), Top Companies and Top Universities. Finally considering the global Power Share on the whole, the gap between the United States and China clearly continued to narrow throughout the period observed. 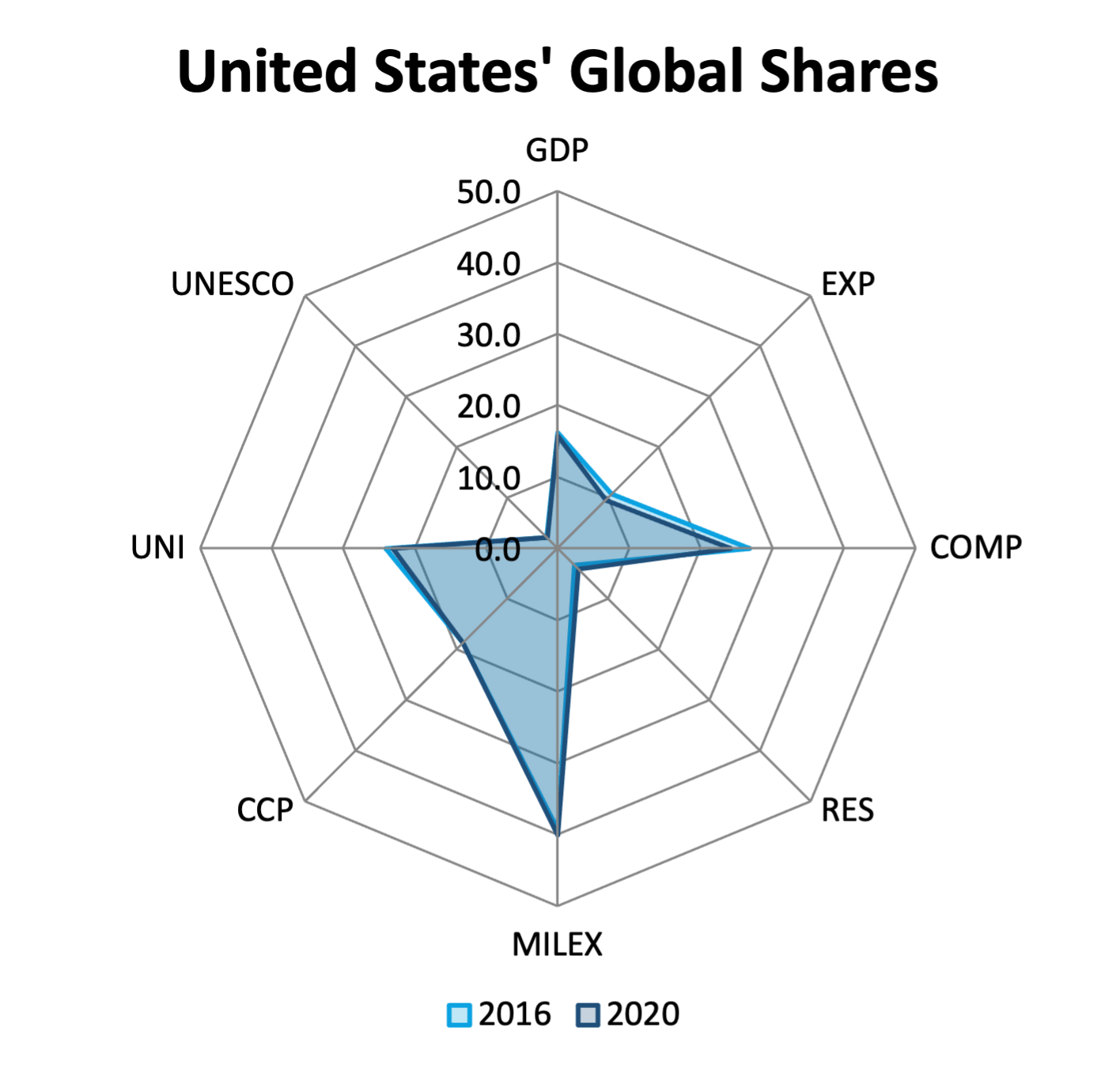