China: Getting to the Top 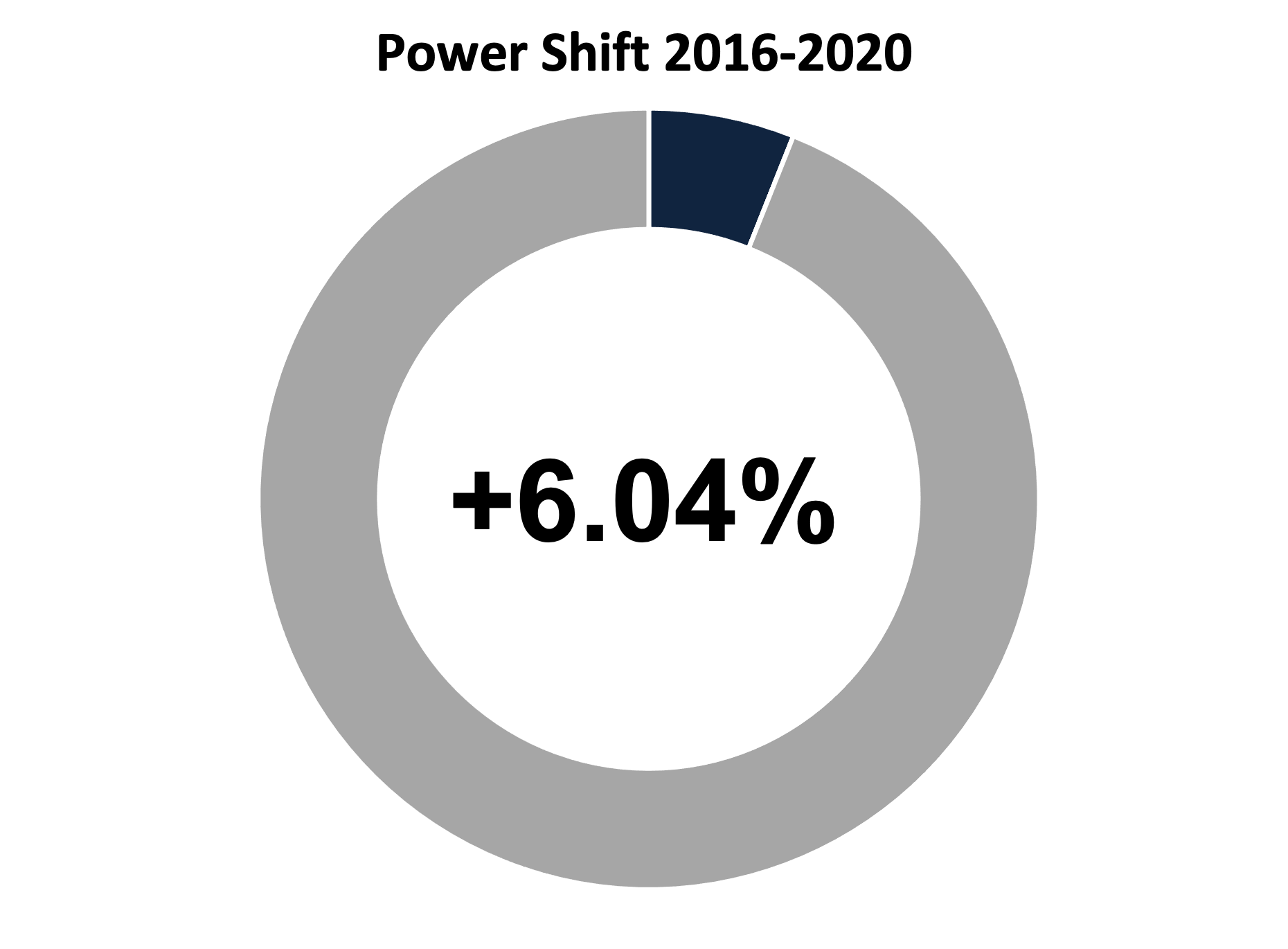 Between 2016 and 2020, China’s Power Share continued to grow, and Beijing managed to tighten the gap to the US. Furthermore, China was able to increase its Power Score from 12.56 to 13.32. However, its Power Shift Rate decreased compared to the previous period from 1.72 to 0.76. The gap between China and the US is narrowing slowly but steadily – China will have overtaken the US in the accumulated Power Score by 2035. The 2019 Bonn Power Shift Monitor forecasted power parity by 2023, underscoring China’s slowing growth momentum. Based on its Percentage Power Score increase, China comes in second place, with an increase of 6.04% from 2016 to 2020. Compared to the other G19 countries, China is the biggest winner of the 2016-2020 period with a PSR growth of 0.76. Furthermore, China widened its distance to the midfield states till 2020.
Turning to the indicators, and starting with the newly introduced, China comes in first place regarding the UNESCO World Heritage Sites – tied with Italy at 55 sites. Between 2016 and 2020, China gained five new sites, as did Germany. In 2016, two new sites were added, Qinghai Hoh Xil and Kulangsu, a Historic International Settlement. In 2017 Fanjingshan, and in 2019 the Archaeological Ruins of Liangzhu City and the Migratory Bird Sanctuaries along the Coast of Yellow Sea-Bohai Gulf of China were acknowledged as World Heritage Sites.
Continuing with Chokepoints, the US consolidates its leading position via this indicator since it controls the most chokepoints around the globe – 23 – while China holds 10 (4th most). In the third new indicator, Total Reserves, China holds by far the highest number compared to the other countries (CS 22%) and therefore comes in first place.

Taking a look at the other indicators, China increased the number of its companies in the Fortune 500 from 103 to 124, claiming both, biggest gain and first place for itself. A direct comparison between the competitors China and the US shows that China was able to significantly improve its exports (from CS 10.5% to CS 12.2%), while the US had to record more losses here (from CS 10.7% to CS 95%). In 2016 China and the US were the leaders in terms of GDP (PPP), almost exactly tied at the top and far ahead from the chasing pack. In 2020 they are still far ahead of the chasing pack, but China has drawn ahead significantly by increasing it’s GDP CS from 16.2% to 18.3% while the US had to record minor losses (16.2% to 15.8%). The US clearly dominates the rest of the world in terms of Military Spending (CS 40%, China comes second with 12.8%, while still being quite far ahead of the other countries, third is India with CS 3,8%). 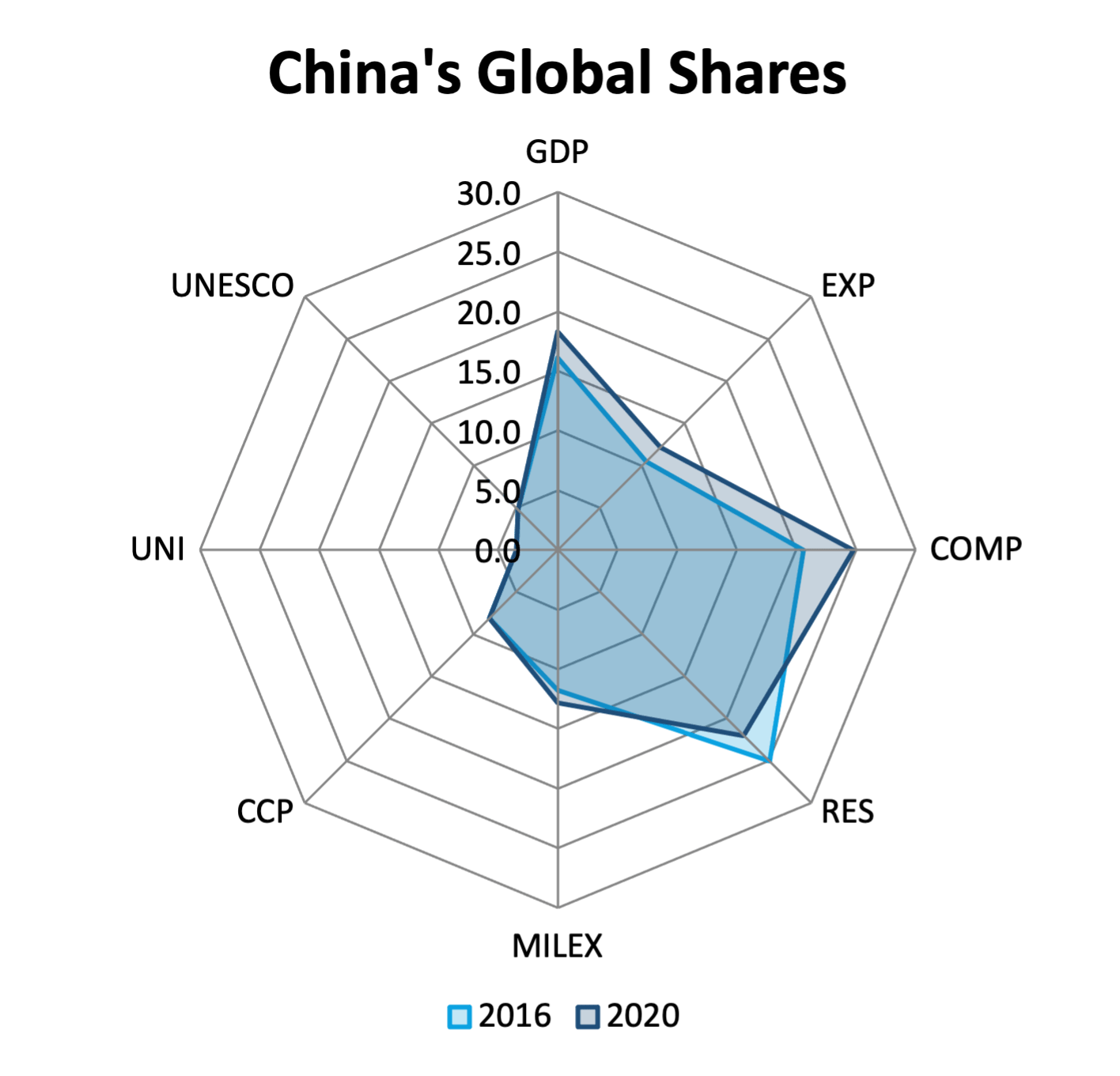