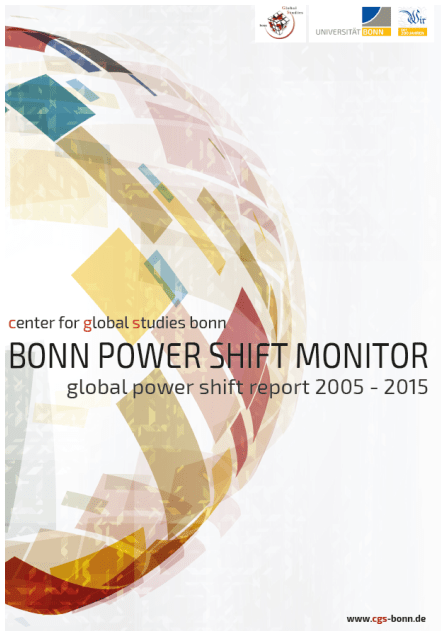 Those who have power make the rules. Within a state hierarchy, the powerful are identifiable by the authority of their respective office. But between states, the concept of power is a controversial issue – particularly for political science scholars. Over the last years, research on power has broadened and deepened, but the debate has not ended. Quite the contrary, measurements on power have been so contested that they have narrowed their scope to sub-categories of power such as soft power, innovative power or military power. Indicated by their names, these indices fail to reveal the multifaceted nature of state power which is more and more neglected in research. The Center for Global Studies (CGS) presents a new eclectic model to explore and measure power. The revised Bonn Power Shift Monitor (BPSM) combines different perspectives and has filtered out eight indicators of state power. In our context, power of a nation can be defined as the ability to assert state interests and preferences in international affairs by drawing from beneficial resources that may vary in different decision-making situations. The new BPSM is a tool to explore the hallmarks of power, crossvalidate scientific findings and provide strategic insights into the patterns, scope and nature of power shifts around the globe.