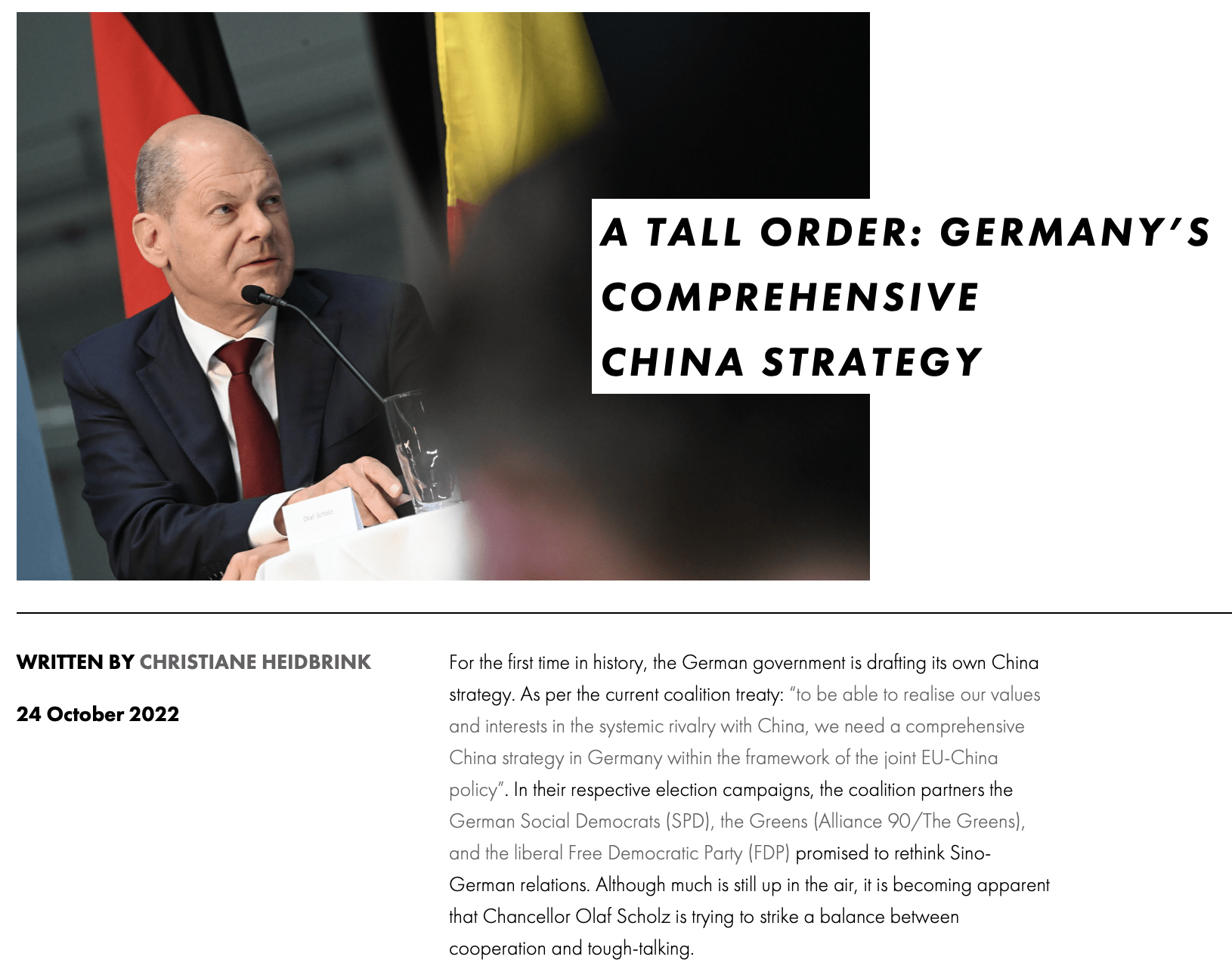 For the first time in history, the German government is drafting its own China strategy. As per the current coalition treaty: “to be able to realise our values and interests in the systemic rivalry with China, we need a comprehensive China strategy in Germany within the framework of the joint EU-China policy”. In their respective election campaigns, the coalition partners the German Social Democrats (SPD), the Greens (Alliance 90/The Greens), and the liberal Free Democratic Party (FDP) promised to rethink Sino-German relations. Although much is still up in the air, it is becoming apparent that Chancellor Olaf Scholz is trying to strike a balance between cooperation and tough-talking.

The new framework of Sino-German relations is designed along the EU ‘triad’ of perceiving China simultaneously as a partner, a competitor, and a systemic rival. Too often, the debate lapses into reducing the complexity of the issue by pigeonholing China into one role rather than examining the ‘triad’ simultaneously. An effective strategy should embrace the ‘triad’ of partner, competitor, and rival from all angles in order to formulate sophisticated policies on China. To illustrate this, in environmental and climate protection, China is often assigned the role of ‘partner’. Simmering below the surface, there are conflicting goals which arise that a German-China strategy has to react to.

Read more: Christiane Heidbrink, M.A. discusses some of the issues at stake in her latest article “A tall order: Germany’s comprehensive China strategy” on 9DASHLINE: https://www.9dashline.com/article/a-tall-order-germanys-comprehensive-china-strategy

➡️ Partner, competitor, systemic rival? This EU triad has so far remained rather an empty shell in policy documents.
➡️ A response to the BRI and guidelines for the economy and society have not been delivered so far.
➡️ How does the coalition link the still pending security strategy, the current NATO guidelines and the China strategy?
Olaf Scholz’s upcoming trip to China will show whether the chancellor is returning to the days of quiet diplomacy, while in Germany the debate about Chinese investment in the port of Hamburg is raging.