Over the entire period observed, Japan remains in 4th place of the BPSM-Power-Ranking in terms of overall Power Score. However, a loss of overall power (4.86 in 2016; 4.80 in 2020) sets back Japan on 13th rank looking at the Power Shift Rate (-0.05) and on 11th rank considering the overall Percentage Power development. Moreover, Japan holds the 11th place in terms of Country Specific Change (CC 7.40). 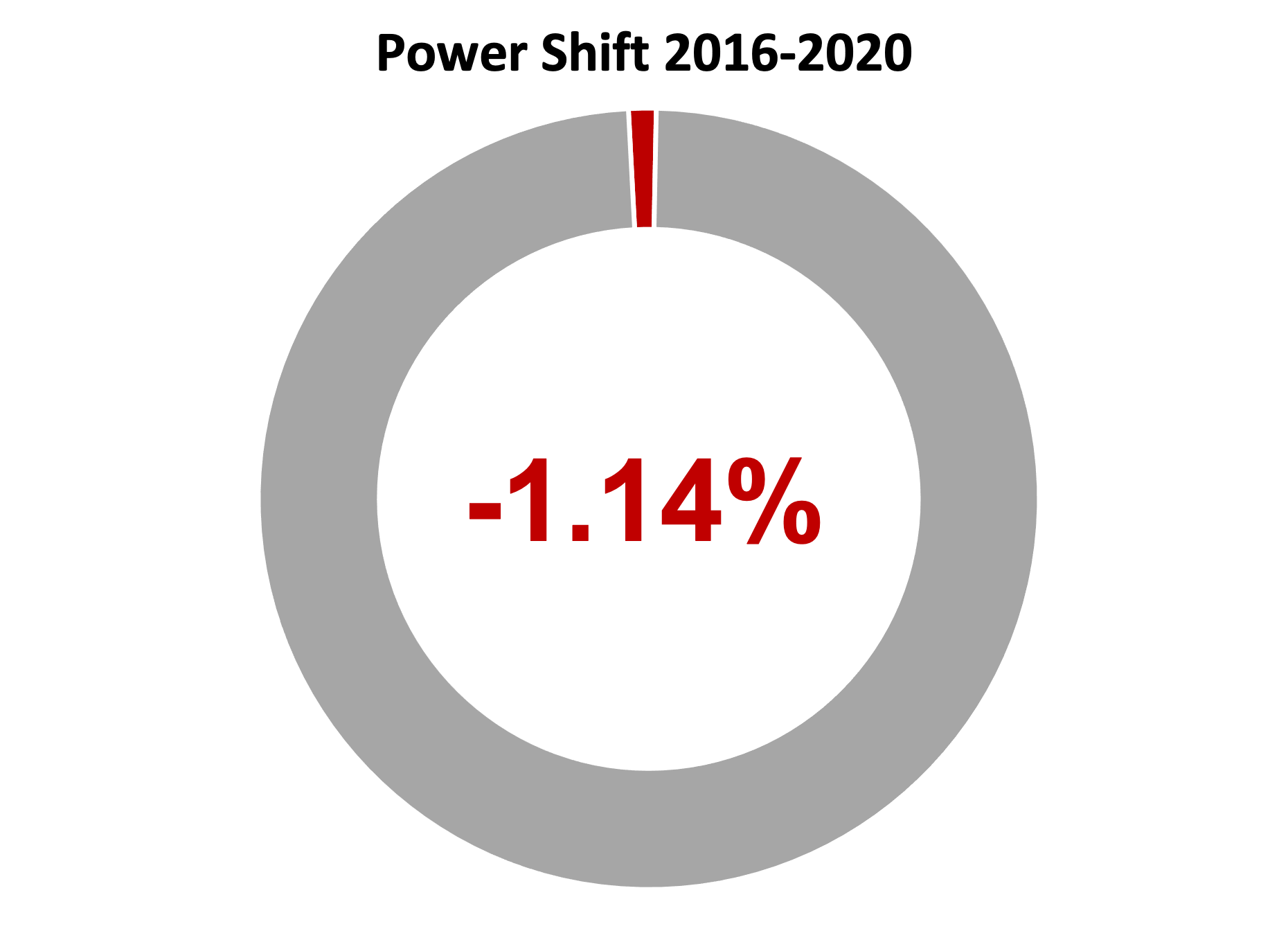 With regard to the single indicators, Japan comes fourth in terms of GDP (PPP) – right behind India, China and the US and ahead of Germany. However, a comparatively small increase of 4% from 2016 to 2020 led to a huge decrease in terms of Country Share. As a result, Japan now ranks 16th considering the development of this indicator. Turning to the indicator of Exports, a small decrease in Japan’s total amount of exports led to a significant decrease in Country Share (from 3.88 in 2016 to 3.54 in 2020). Thus, Japan ranked 14th in 2020 regarding the overall development of this indicator.
Considering the indicator of Top Companies, Japan managed to add one new company to the Forbes 500, which led to a very slight increase in Country Share. Consequently, Japan now ranks third in this sector by a large margin to the second and fourth place. Furthermore, Japan holds the second highest amount of Total Reserves with a Country Share of 9% ranking behind China (CS 22%) and ahead of the USA (CS 4%). Regarding the indicator of Military Spending, Japan registered a slight increase in its total amount; however, due to a better average performance of the other G19 members in this sector, the country had to claim a small decrease in terms of Country Share in this respect.

By 2020, Japan controlled two chokepoints. Thus, the country was tied for 12th in this sector. Moreover, three new Japanese UNESCO World Heritage Sites were inscribed between 2016 and 2020: The Sacred Island of Okinoshima and Associated Sites in the Munakata Region in 2017, the Hidden Christian Sites in the Nagasaki Region in 2018 and the Mozu-Furuichi Konfungun and Ancient Tumulus Clusters in 2019. Japan was thus tied for third in terms of increase in Country Share in this category. At last, Japan, together with Italy, was the only country, which managed to increase the number of its universities in the QS top 200 by two (from 8 to 10).

On the whole, Japan’s global power is mainly constituted by the country’s top companies, total reserves and its GDP. While Japan gained global power share in the sectors Top Universities, UNESCO World Heritages, and Top Companies, it stagnated in terms of Chokepoints and lost in the other remaining dimensions. 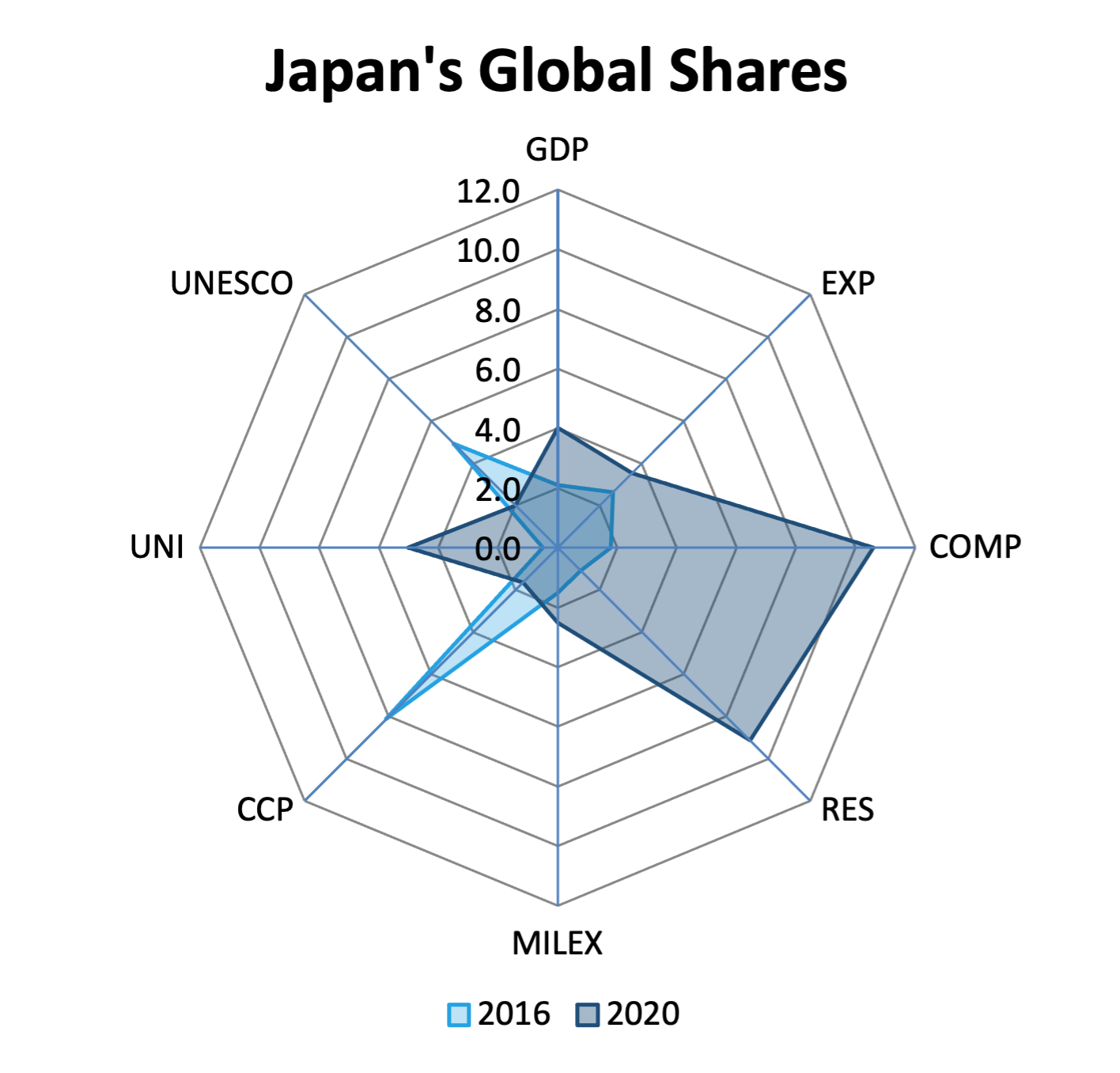