Germany: On Track for Success

Generally, an increase in European power can be noted, but some states gained more than others. Germany is one of the power winners of the past period and managed to maintain its 6th place in the overall ranking. Between 2016 and 2020, Germany was able to increase its Power Score from 3.96 to 4.03. It further showed an increase in Market Share for four out of seven indicators. 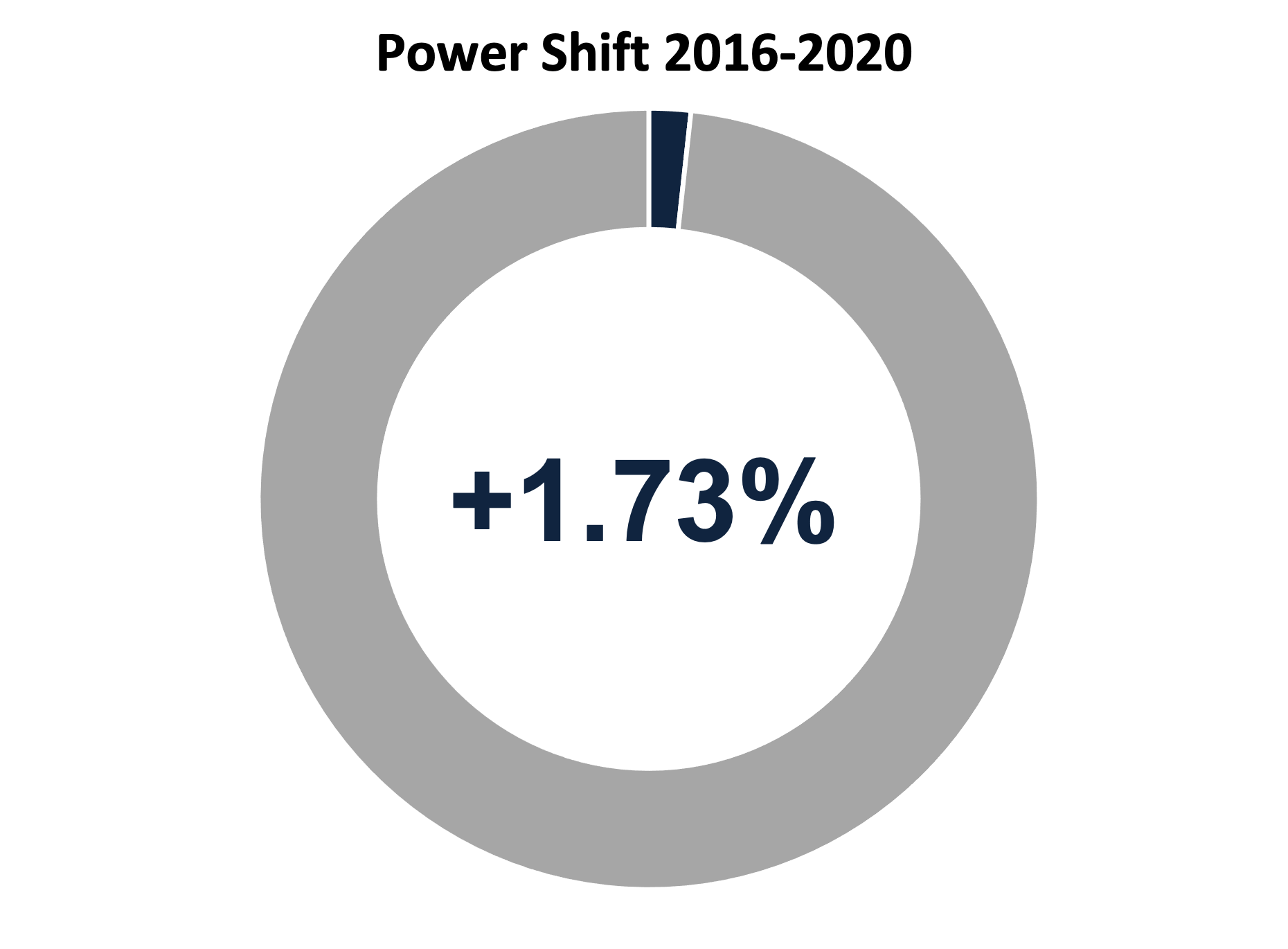 Taking a look at the new indicators first, Germany has added five new World Heritage sites since 2016, now boasting a total of 45. In 2017, the Caves and Ice Age Art in the Swabian Jura was added. In 2018 and 2019 Germany gained four new sites overall, the Archaeological Border complex of Hedeby and the Danevirke and the Naumburg Cathedral in 2018, the Erzgebirge/Krušnohoří Mining Region and Water Management System of Augsburg in 2019.  The only other country equally gaining five new sites in the observed period was China.

Turning to the indicator of Chokepoints, Germany comes in tied for 12th place (together with Japan, Korea and Mexico), controlling two chokpoints – the second lowest number of chokepoints controlled among the G19 states. Looking at Total Reserves, all European G19 countries show increasing figures in this indicator. Germany’s Country Share increased from 1,49% to 1.67% in this regard.

Continuing with the well-established indicators. In terms of GDP (PPP), Germany ranks 5th, just behind Japan, India, China and the United States. Germany lost one company, now remaining with 27 among the Global 500, but gained one University, coming in at 12.

Overall, Germany succeeds in continuing the positive development already seen in the last update. It remains interesting to see what influence the current Russian war in Ukraine will have on Germany’s developments. A significant increase in the defence budget has already been announced, and further changes seem likely. 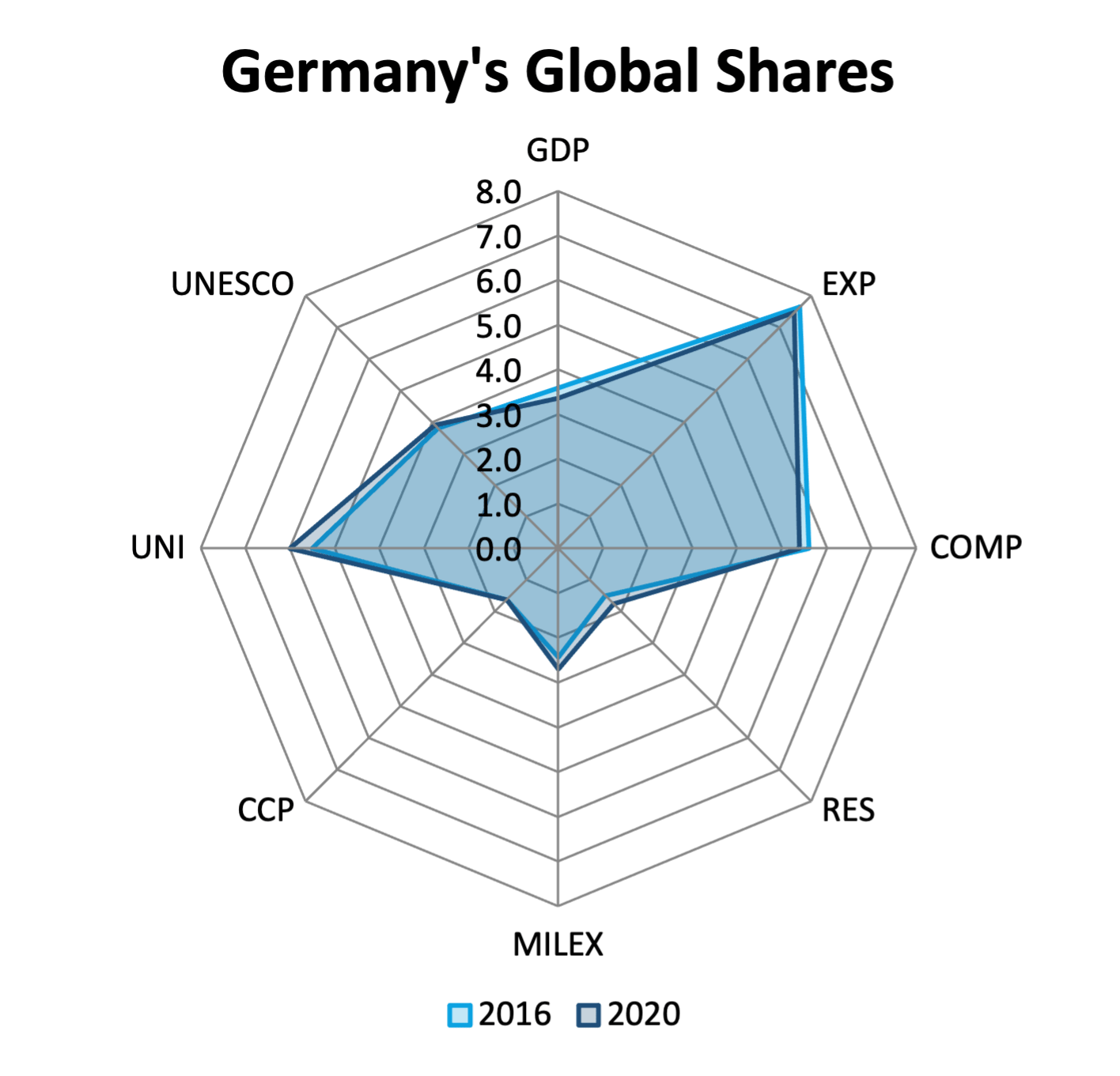