Throughout the period observed, Brazil’s Power Score has dropped significantly with a Power Shift of -8.75%. However, the country managed to maintain its 13th place in the overall ranking, only showing a slight decrease in its Power Score from 1.82 to 1.66. Surprisingly though, Brazil, generally considered an emerging country, holds the second greatest decrease of its Country Change rate (-2.43%). This can be explained mainly due to decreases
in the hard power sectors. 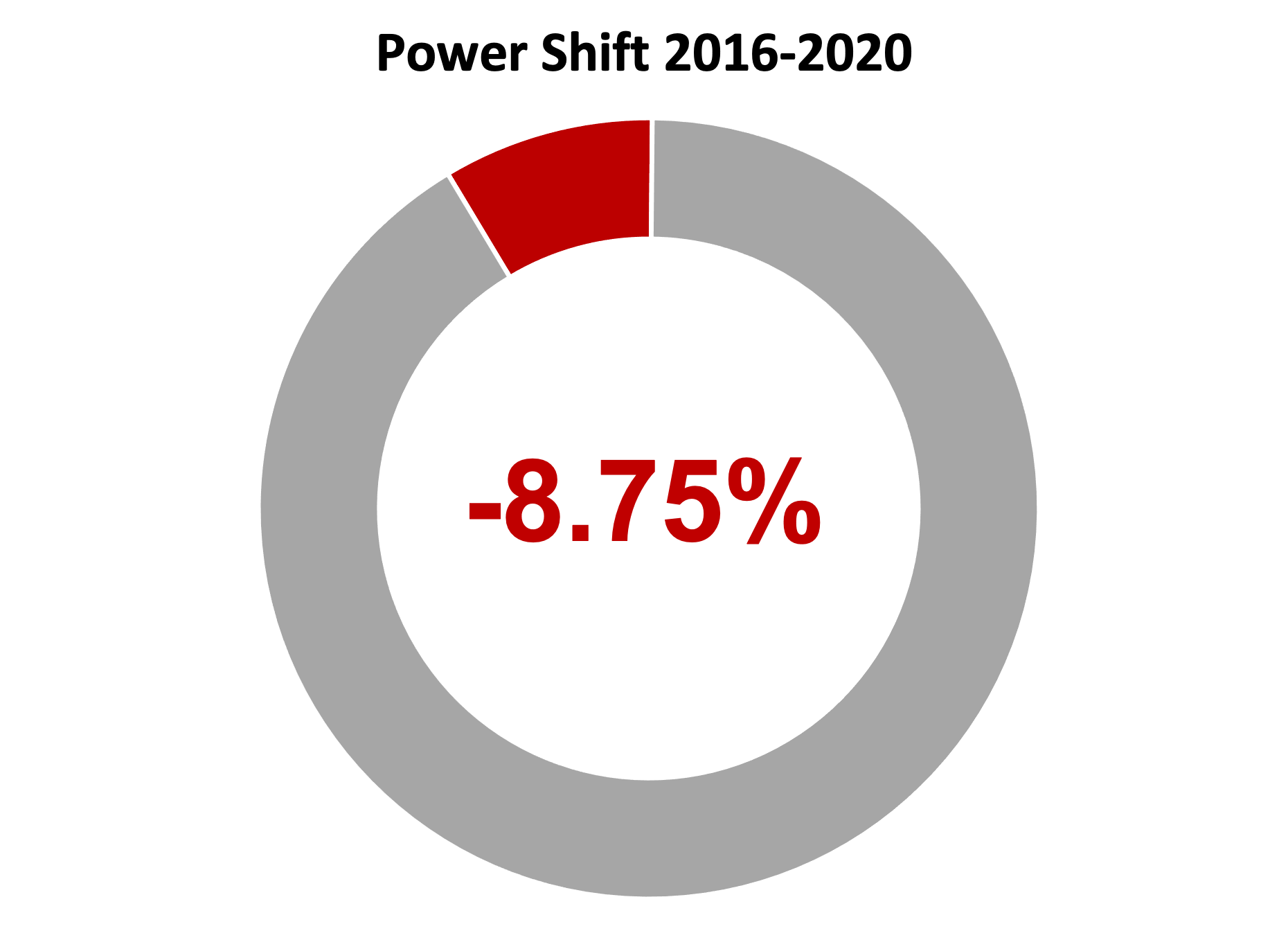 Taking a closer look at the hard power indicators, Brazil especially lost power with respect to the dimensions of GDP (PPP) (MC -0,16), Military Spending (MC -0.07) and its Total Reserves (MC -0.63). Only in the dimension of Exports, Brazil was able to slightly gain with a Market Change of 0.03. Regarding the indicators of Top Companies and Chokepoints, Brazil managed to maintain its total amount, remaining with seven companies among the Global 500 and three chokepoints.

Turning to the soft power indicators, Brazil’s volatility continues. While losing one Top University out of a total of two between 2016 and 2020, Brazil gained two new World Heritage Sites, namely the Pampulha Modern Ensemble in 2016, the Vlango Wharf Archaeological Site in 2017 and the Paraty and Ilha Grande, due to its culture and biodiversity, in 2019.

Overall, Brazil continues to struggle, especially with regard to its hard power, despite only showing a minor decrease in terms of its Power Score. 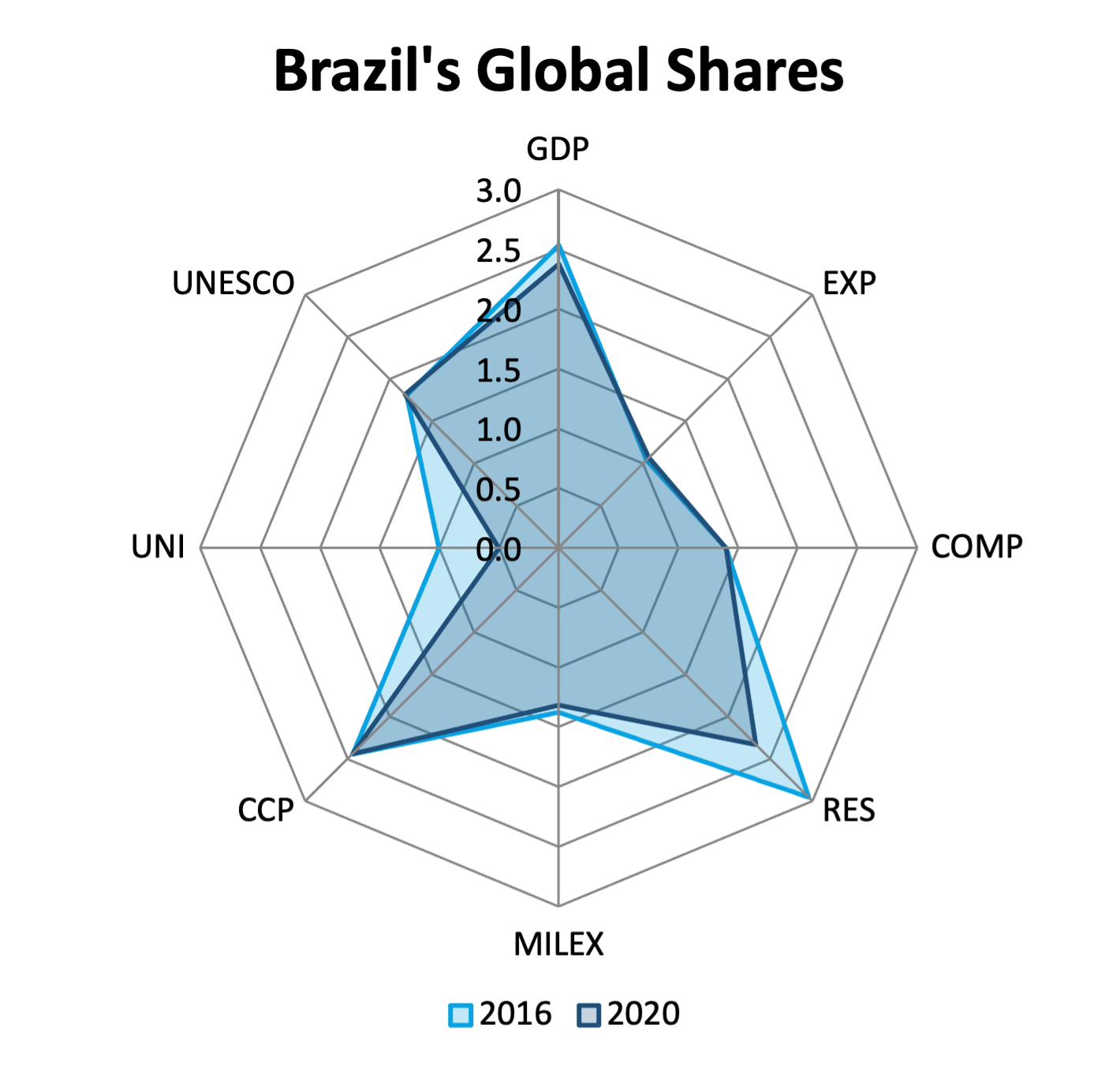