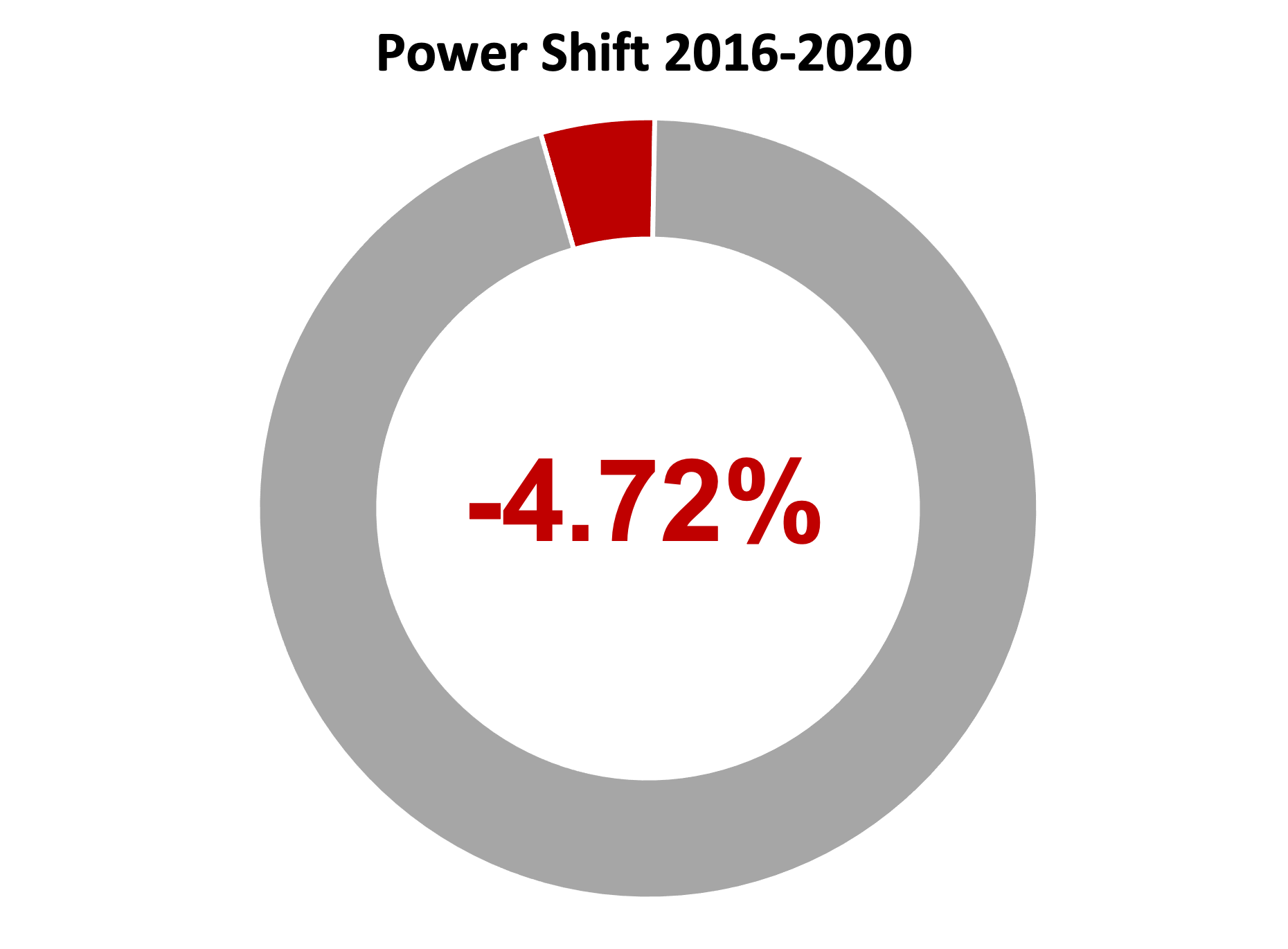 Australia comes 11th in the BPSM-Power-Ranking in terms of overall Power Score, sharing place with Saudi Arabia in 2020 with a Power Score of 1.82. Looking at the Power Shift Rate (-0.09), Australia comes 14th due to a loss of overall power. Furthermore, Australia turns out to be one of only four countries showing a negative Country Change Rate (-1.12). To concretize, Australia held the third worst country specific development, considering the isolated view of the country’s development.

Regarding the single indicators, Australia only gained one UNESCO World Heritage in the observed period, leaving the country tied for last. Furthermore, Sidney comes in third last in terms of GDP (PPP), ranking only ahead of Argentina and South Africa, the two taillights of the ranking. This is way worse than its ranking in terms of Power Score would suggest and despite holding the third best percentage increase in this category, granting a very slight increase of Country Share.

In total, Australia controls four naval chokepoints, leaving the country tied for 10th in terms of Chokepoint Control. However, it has to be kept in mind that the inclusion of the chokepoint indicator into the monitor benefits Australia in terms of overall Power Share. Moreover, Australia dropped from third last to penultimate place considering the total reserves over the observed period, only slightly ranking ahead of Argentina. Overall, Australia only holds 0.28% of the Total Reserves of the G19 states.

Despite Australia’s slight increase regarding its Military Spending, the country still ends up with an overall loss of Country Share, since other countries, on average, managed to perform in a better way. As a result, Australia only ranks 12th in this category.

In terms of the overall export volume, Australia shows the second-best percentage increase, which simultaneously led to a rise in Country Share. Considering the indicator of Top Companies, three out of eight of the country’s Fortune 500 companies dropped out of the list, signifying the third worst development in this sector behind the US and the UK. In 2020 Australia ranked 12th in this category.

Australia holds nine universities in the list of the Top 200. The number remained constant over the observed period, leaving Australia at 5th place in 2020.

On the whole, the sectors of Top Universities, Chokepoint control and UNESCO World Heritages are the pillars of Australia’s global Power Share. The country especially excels in the field of soft and structural power, way less in the economic area. 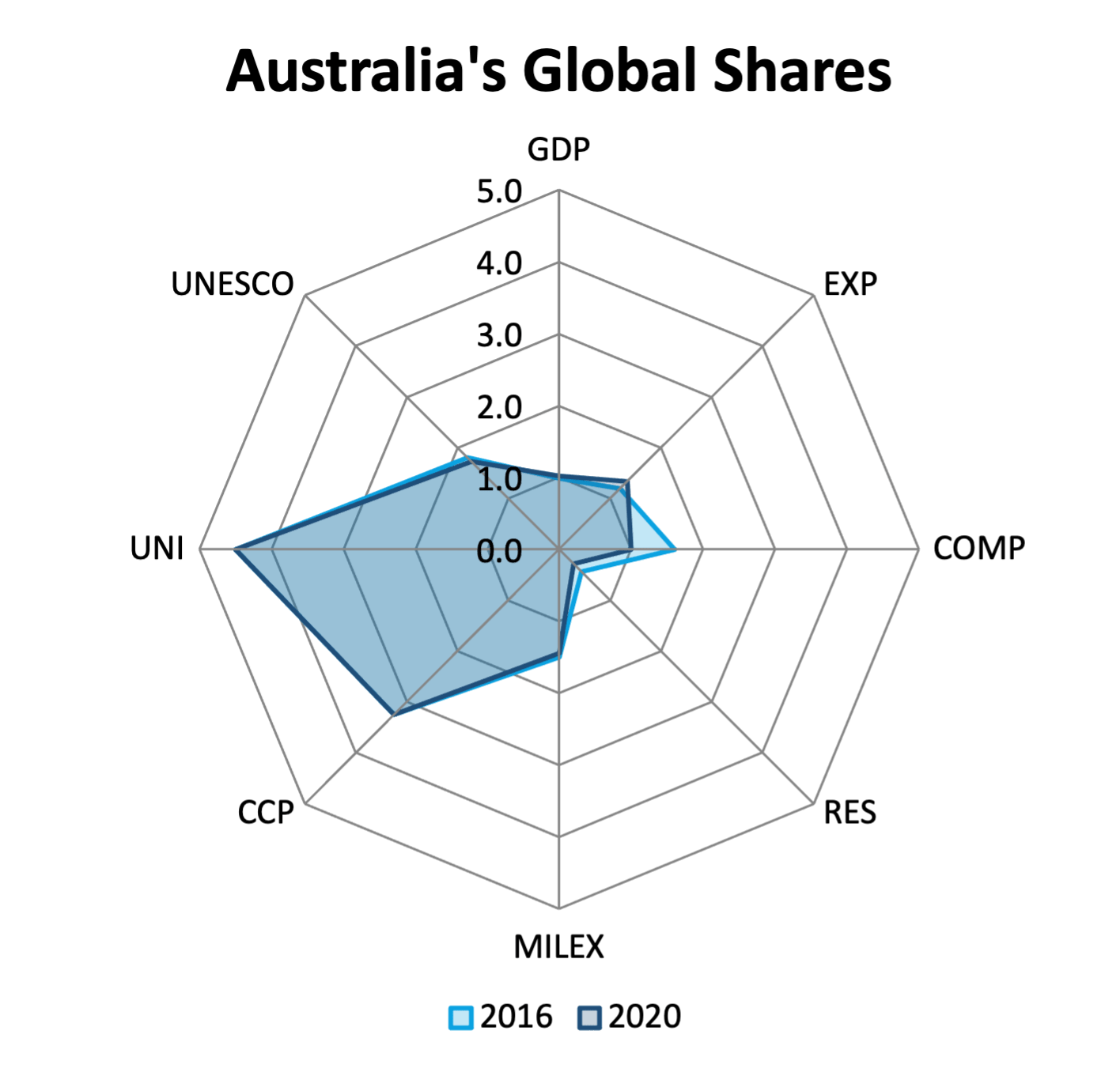