United Kingdom: A Losing Power inside and outside the EU

Throughout the observed episode, the United Kingdom occupied the penultimate place of the G19 in terms of its Power Shift, showing a Power Shift Rate of -0.30. With regard to the overall power ranking, the UK remains in 3rd place, even though it substantially lost ground and Japan and France were able to catch up significantly. While a general increase in European power can be noted, the UK was the only European country losing a considerable amount of power. Short, the UK showed the 3rd worst performance of the G19 in terms of Percentage of Power Change (-5.43%). 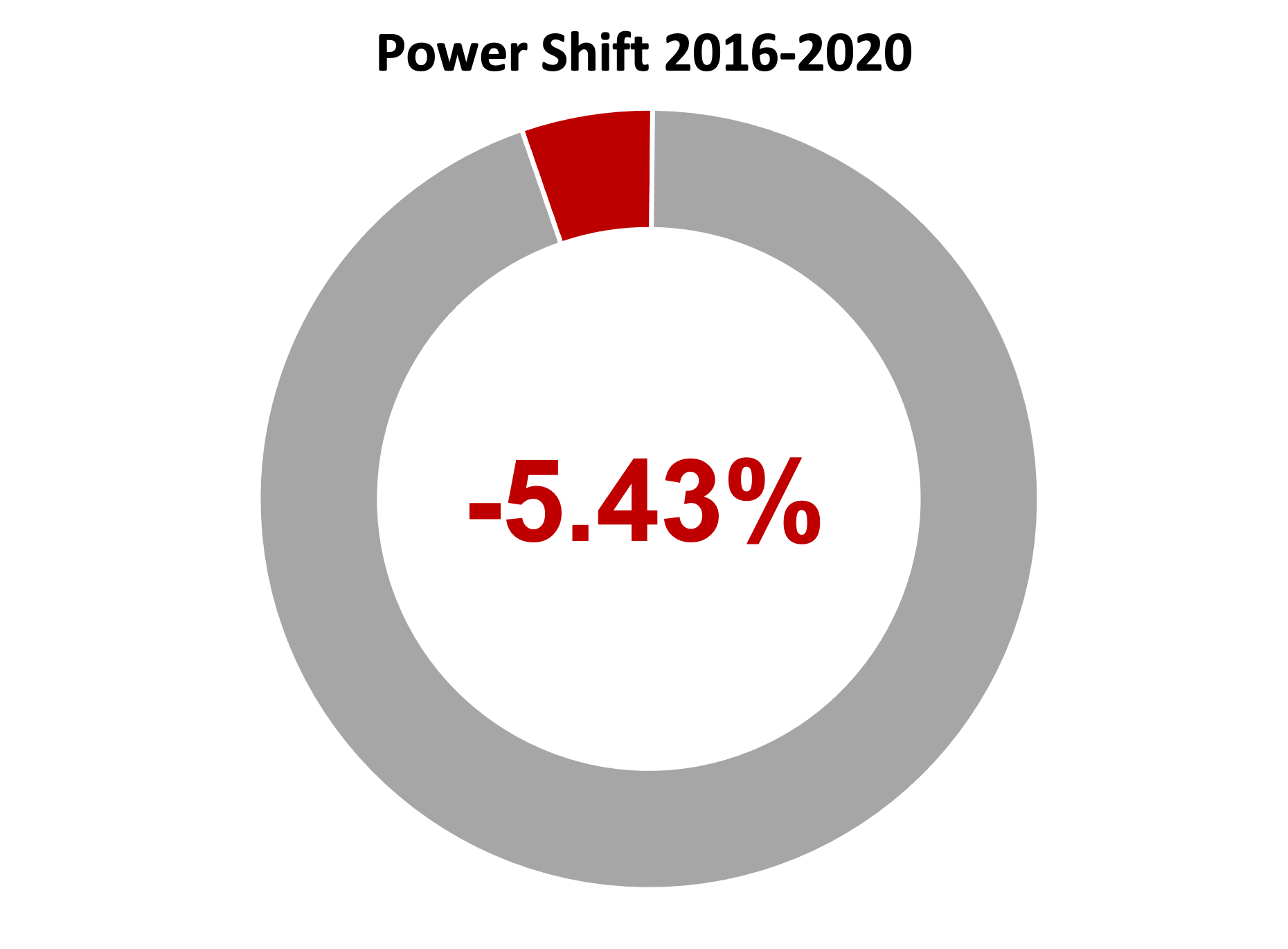 Turning to the indicators, the UK comes 10th considering the total GDP (PPP) volume. On the whole, the UK managed to slightly increase its total GDP while still losing a significant amount in terms of Country Share, coming 15th in terms of Percentage Change from 2016 to 2020 in this sector. In the dimension of Exports, the UK showed a constant increase until 2019. However, in 2020 the country registered an extreme slump of its export volume due to the intertwined consequences of Brexit and the Corona Virus Pandemic, leaving the UK with a decrease of export volume throughout the observed episode and a sharp decline in Country Share. All in all, the UK showed the 5th worst development in this field of the G19.

Considering the indicator of Top Companies, UK’s struggling trend continues. The country lost four UK based companies (from 26 to 22) that dropped out of the Fortune 500, signifying the second biggest absolute loss. But also, with respect to the dimension of Top Universities, the UK can be ascribed to the biggest losers. In general, the English-speaking countries significantly lost ground in this field, each losing two universities out of the global ranking. However, with 28 universities left in the list of the top 200, the UK still ranks second compared to the other G19 members in this dimension of structural power.

Looking at the dimension of UNESCO World Heritage Sites, the UK only registered two new sites, which led to a minor decrease of Country Share in this category. Listing 32 world heritages, the UK ranks 7th compared to the rest of the G19. In terms of the sector of Chokepoints, the UK clearly stands out as a naval power, controlling 12 chokepoints in total, ranking 3rd.

To wrap it up, one can say that the sectors Top Universities, Chokepoint control as well as Top Companies are the pillars of the UK’s global Power Share. 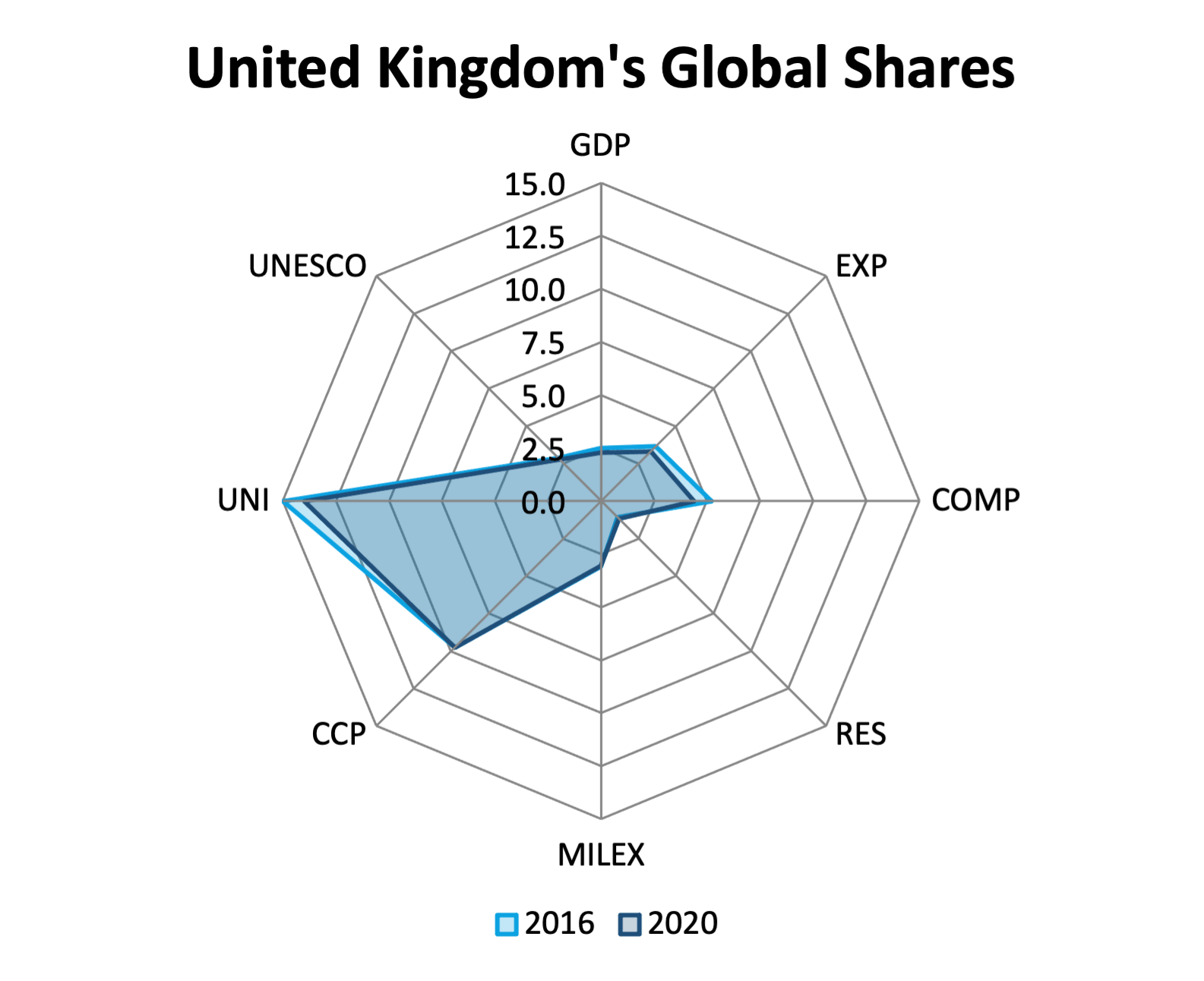 Center for Global Studies (CGS) (2022). “Bonn Power Shift Monitor: United Kingdom: A Losing Power inside and outside the EU”, University of Bonn, Bonn.