South Korea comes in 10th place of the BPSM-Power-Ranking considering the overall Power Score throughout the period in observation.

In terms of Power Shares, South Korea used to rank among the winners; however, the score of the country’s relative Global Power Shares already started to decrease between the 2011-2015 episode. From 2016 to 2020 it diminished further from 2.39 to 2.36 (-1.24%). South Korea now ranks 12th in this category. Likewise, South Korea comes 12th in terms of the overall Power Shift Rate (-0.03). Thus, the country slightly underperformed compared to its rank in the overall Power Ranking over the observed period. Nevertheless, South Koreas absolute specific development can be pointed out as positive (CC 7.59). The Country Change rate has even increased compared to previous periods, now leaving the country ranked 9th in this respect.

Despite showing an increase of almost 20% in terms of its Total Reserves, South Korea significantly lost in Country Share due to the huge increases of the other countries in this sector. Regarding the indicator of Military Spending, it can be said that South Korea significantly increased its investments, leading to a slight gain in Country Share in this respect. Regarding the indicator of Chokepoints, South Korea still controls two straits, leaving the country 12th in this sector.

With regard to the indicator of UNESCO World Heritage Sites, South Korea managed to get two new sites inscribed to the UNESCO list. Thus, the country registered an increase in shares in this category, even though it remained in 15th place. Furthermore, South Korea kept all of its seven top universities in the QS Top 200. As a result, the Country Share remained constant, tying the country for 6th in this sector.

Overall, the indicators of Top Universities, Reserves and Top Companies can be pointed out as South Korea’s Pillars of Success. Furthermore, the country managed to increase its Country Share in Military Spending and UNESCO World Heritages. In the remaining dimensions, South Korea registered losses, except for the indicators of Chokepoints and Top Universities, where no change could be observed. 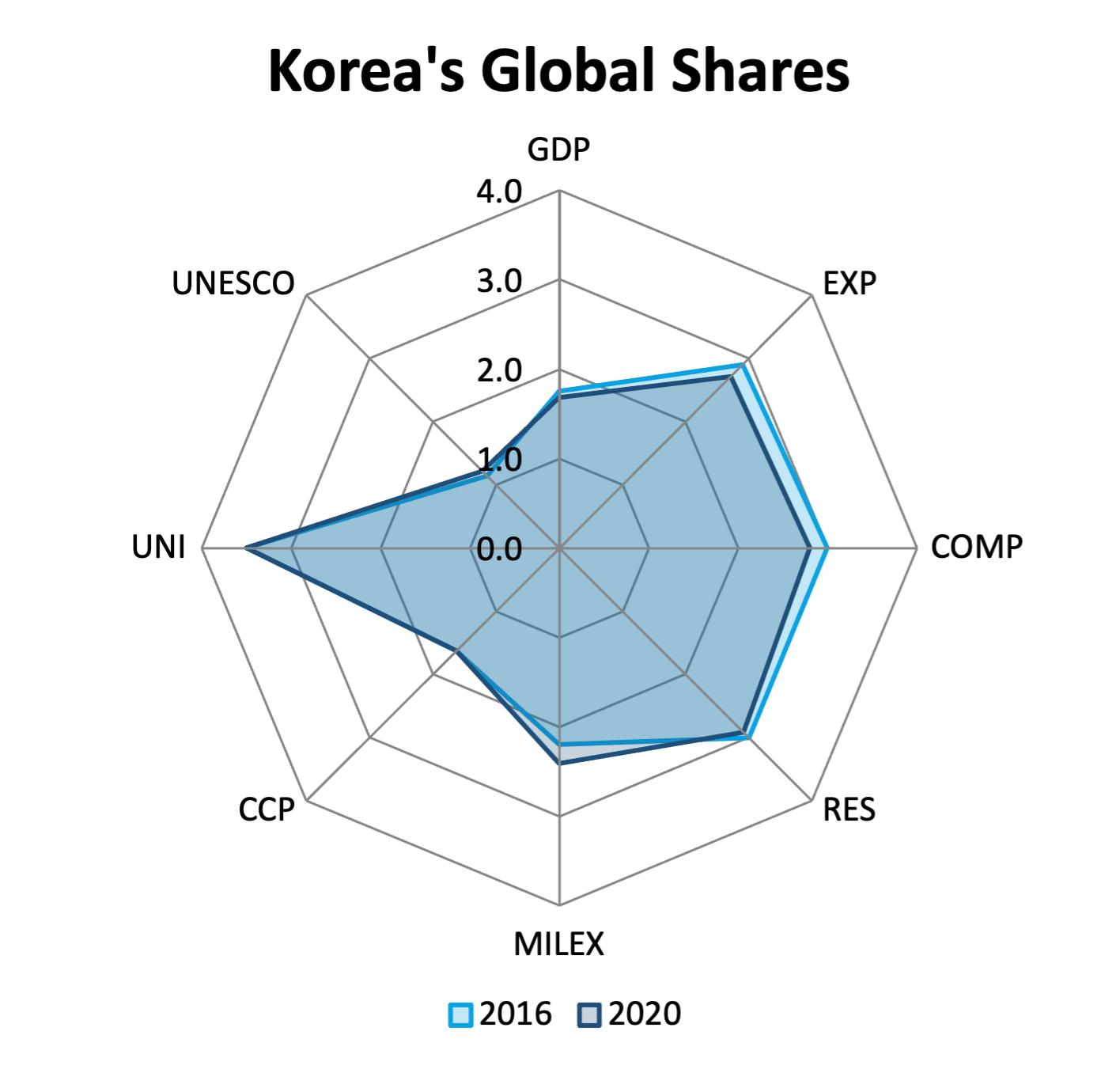