Considering the period from 2016 to 2020, Italy claimed the highest rate of Country Change with 30.15%. Furthermore, the “Boot” registered a positive Power Shift Rate of 0.02 (5th of the G19) turning out to be the 9th most powerful country of the G19, ranking 4th (and therefore least powerful) among the European states. 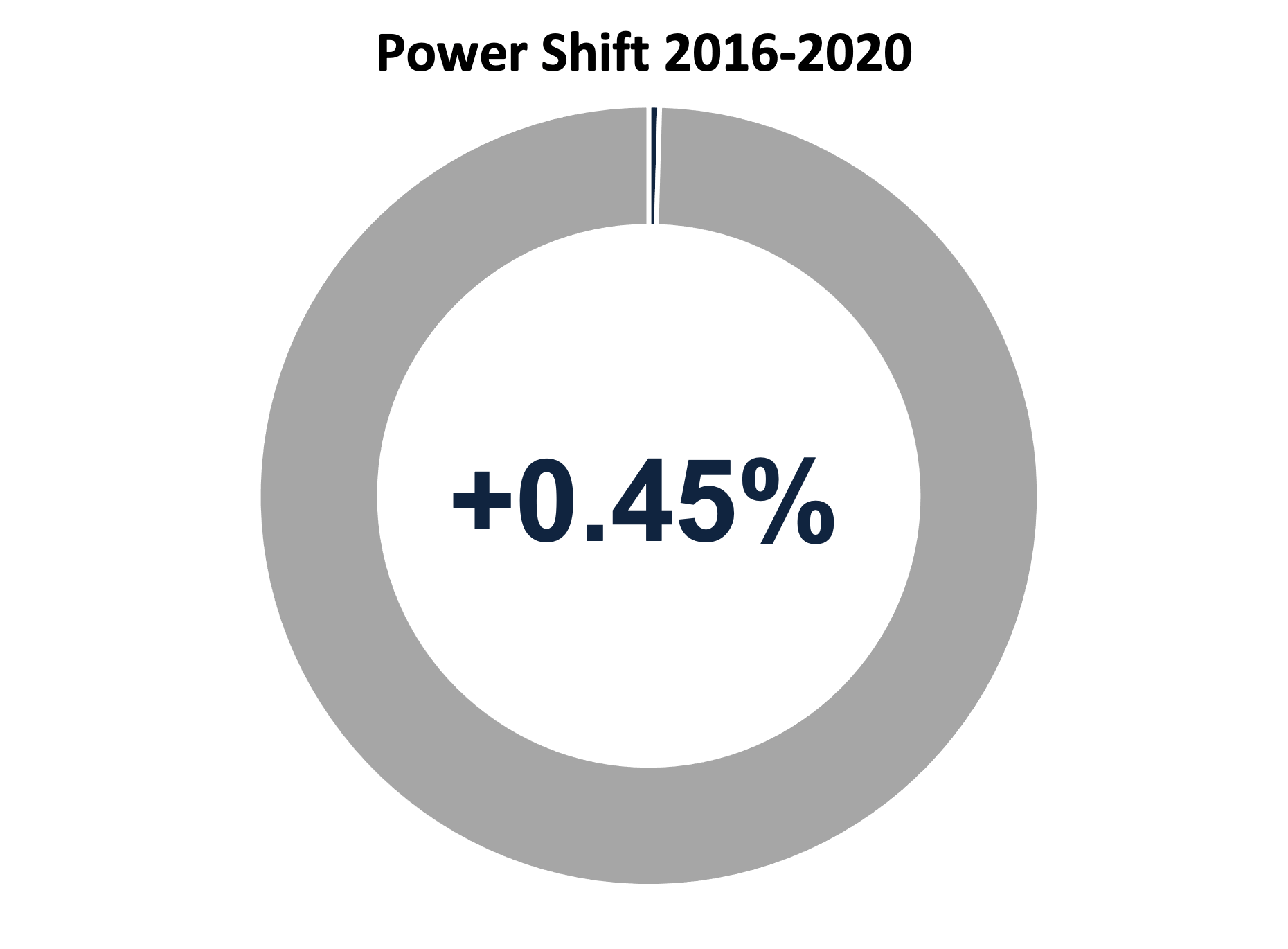 On the whole, Italy registered a decline encompassing five indicators in terms of Country Share. However, two indicators increased too (Universities and Total Reserves) and one remained the same (Chokepoints).

Even though, the indicator of Chokepoints did not change over the observed period, Italy still stands out as a naval power, controlling 10 chokepoints, ranking fourth.  Only gaining a small increase in exports, Rome loses in Country Share compared to the other G19. Moreover, the country’s increase in GDP (PPP) and Military Spending was only very slight, likewise leading to a decrease in Rome’s Country Share. In addition, Italy observed a heavy blow to its economic strength losing three of its nine Top Companies. Despite being tied for first in its absolute amount of UNESCO World Heritages, listing 55 sites together with China while counting three new inscriptions between 2016 and 2020, Italy slightly lost in terms of Country Share in this dimension due to 102 new inscriptions across the globe.

Strikingly, Italy and Japan were the only two countries who managed to enlarge the number of their top universities, each by two. With regard to Italy, three new universities made it to the top 200 in 2017, tripling Italy’s Country Share. However, one fell out of the top 200 again in 2020.

Despite falling short compared to other European countries in this dimension (e.g., Germany registered 12 Top Universities in 2020, France 5 and GB 28) Italy was still gaining a notable plus regarding its soft and structural power throughout the period observed. Last but not least, Italy registered a rather large increase with regard to its Total Reserves, which led to a growth in Country Share of 0.