With a Power Shift of 6.62%, India recorded most power gains from 2016 to 2020, further increasing th power shares in the Asian region. Moreover, taking the Power Shift Rate into consideration, India has equally recorded gains with a growth of 0.23. With a rate of Country Change of 20.85%, India in total claims the third-highest Country Change following Italy (30.15%) and Mexico (29.56%). 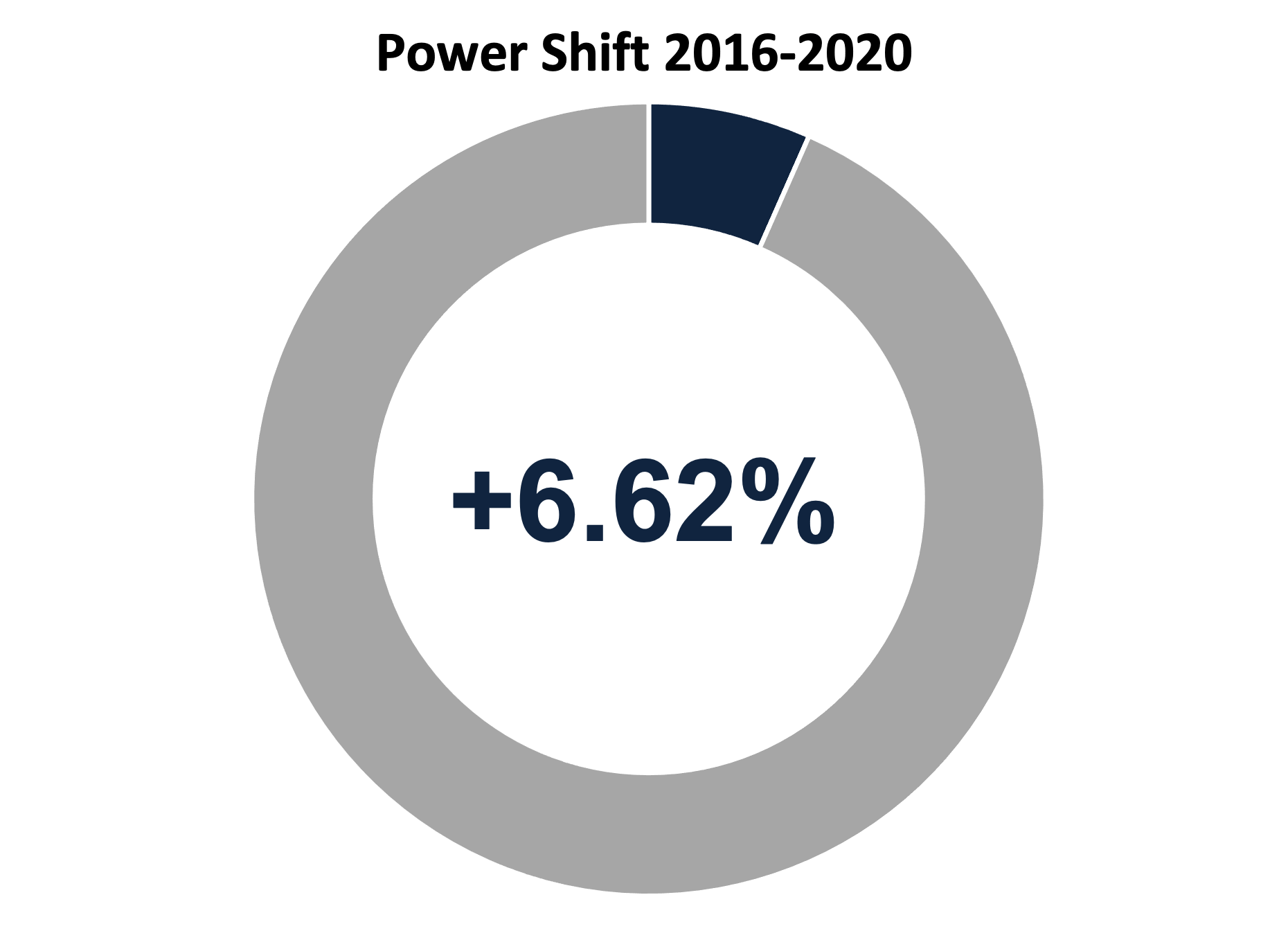 Turning to the indicators, India gained in almost every single dimension. On the whole, the country only marginally lost power in the dimension of World Heritage Sites. Although India could list three new sites, the Historic City of Ahmadabad in 2017, the Victorian Gothic and Art Deco Ensembles of Mumbai in 2018 and Jaipur City in 2019, it observed a slight decrease in Market Change (-0.02) due to its performance below the average.

In terms of GDP (PPP), India ranks far behind China and the US, but likewise far ahead in comparison to the remaining countries, showing a Market Change of 0.04. Remarkably, India ranks third in the dimension of Military Spending, following the US and China with a Country Share of 3.8%. Furthermore, India managed to maintain its seven companies listed in the Fortune 500 as well as its eight chokepoints between 2016 and 2020.

Regarding the dimensions of Exports, Total Reserves and Top Universities, India was able to increase its Country Share, while similarly ranking well above the average in terms of Market Change.
All things considered, India clearly accelerated its Power Growth throughout the period observed, continuing its ascend to the top. Its growth is distributed almost equally among the single categories mentioned, leaving the country with the potential to continue its rise on the global stage within the forthcoming years. 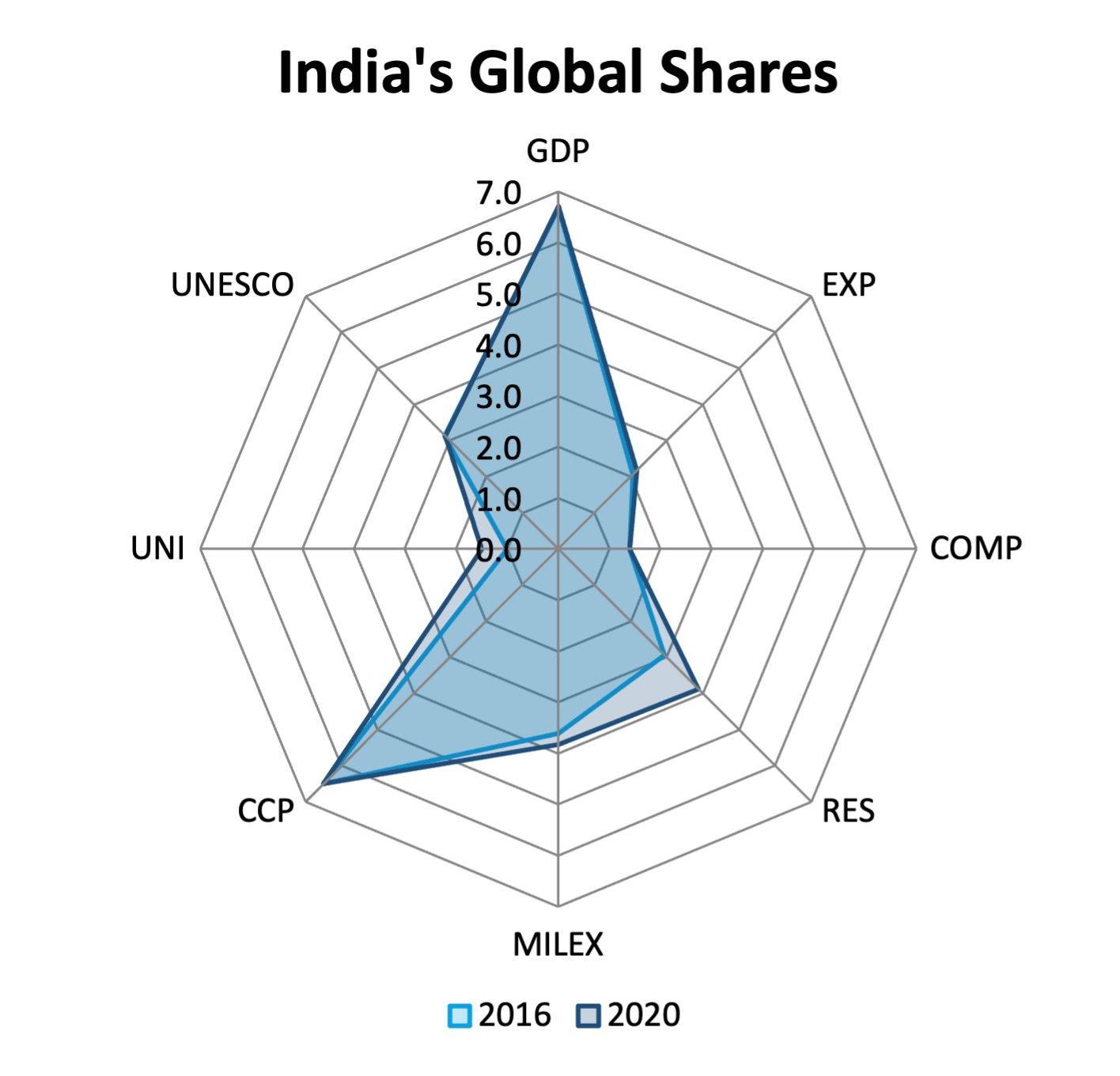