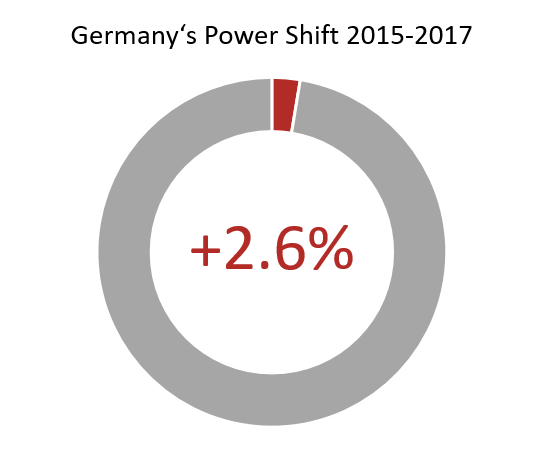 The Bonn Power Shift Monitor (BPSM) analyzes shifts in global power among the G20 states. In its most recent update, the Monitor recorded a remarkable power rise of Germany. Taking a closer look at its power development will help to understand Germany‘s global competitiveness but also its struggle to retain its high power level as a traditional power in view of rising states. While the most recent developments are quite positive, Germany‘s power record remains unsteady and its place as the fourth most powerful country among the G20 is under attack of rising states such as the ever expanding India.

Klick here to read the latest issue of the Bonn Power Focus!

Klick here to see all issues!